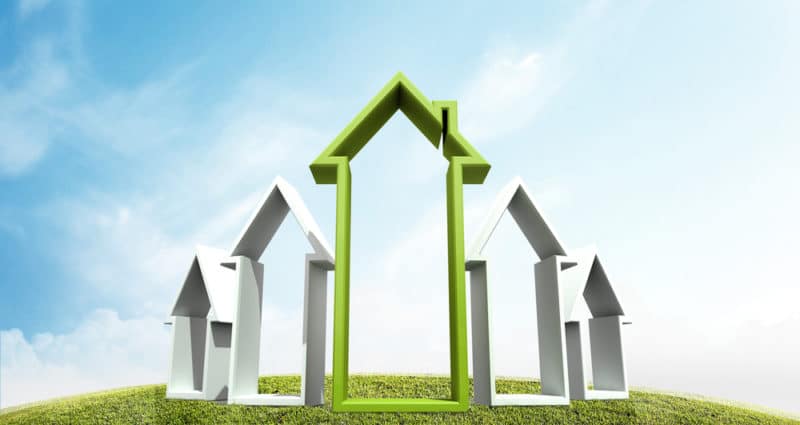 In the Shadow of Proposal 3: Knowing Your Property Rights

Election season is upon us, and consequently, the heavily debated Proposal 3 will finally be up for vote. Unless you have missed the litany of yard-signage and continuous local media coverage, you would surely know that there is a contentious battle being waged over an amendment to Traverse City’s Charter. The amendment would require any project over 60 feet tall to first be approved through public vote. Proponents say that this will give local residents a say about how their city looks. On the other hand, critics of the amendment fear that it illegally circumvents current zoning laws and property rights.

Compliance with zoning ordinances and zoning disputes are common obstacles faced by property owners and developers. One such dispute was at the forefront of the recent case of Charter Township of Lyon v. Petty (COA No. 327685 and 327686), in which the Michigan Court of Appeals held that a municipality could enforce its zoning ordinances and halt a landowner’s commercial use of his property, despite the owner having used the land for commercial purposes for several decades.

The individual defendants (Petty and Hoskins) each owned acreage in Lyon Township, which had been zone classified as “Residential Agricultural” since 1957.  In 1970, Hoskins erected a pole barn to store equipment for his landscaping business. Over the years, Hoskins spent money and made various additions to the pole barn. The other defendant, Petty, bought his acreage from prior owners who had used the land for commercial purposes of their own, and Petty subsequently used the purchased property to operate a truck storage facility.

Even though commercial uses were never permitted under their zoning classification, Hoskins and Petty operated their respective businesses for several decades without issue. But over time, residential subdivisions were developed and the neighborhood’s character changed. As that happened, neighbors began complaining about the noise and early morning activity at both businesses. Eventually, they contacted the township, demanding enforcement of local zoning laws—specifically, to enjoin Hoskins and Petty from using the land to operate their respective businesses.

In Lyon v. Petty, the Court determined that state zoning law, set forth in MCL 125.3201(1), controlled. The Court held that the statute promoted regulating land use “to ensure that the use of the land is situated in appropriate locations and relationships,” and that the purpose of the statute was to “promote public health, safety and welfare.” The Court further found that it was state policy to “gradually eliminate” uses of property not conforming to municipal zoning ordinances, and that absent “extraordinary circumstances,” courts should not interfere with enforcement of local zoning laws.

In its analysis, the Court stated that one example of an “extraordinary circumstance” would be if the land use was at one time legal. Both defendants, however, admitted that their original use of their property never conformed to the zoning law, even at the initial stages of commercial usage. Hoskins and Petty could therefore not invoke this “grandfathering” protection recognized by the Court.

The defendants also raised the defense of laches—arguing that the passage of time without any local interference or requests to stop their commercial usage should result in a waiver of zoning enforcement. The Court rejected this argument, holding that in order to raise such a defense, each defendant would need to show some sort of “prejudice” as a result of the delay.

The Court subsequently reviewed several similar cases and opinions to determine what would establish the requisite financial loss. In one of these opinions, the Michigan Supreme Court found that erecting homes, paving streets, installing water and sewer lines, and collecting taxes was sufficient to establish financial loss. In another opinion, the Supreme Court deemed a $45,000 expenditure to erect a specialized animal kennel to be sufficient.

In ruling against Petty, the Court held that he “made no allegation and presented no evidence regarding expenditure or action to adapt or improve” his property and therefore could not establish any prejudice despite such a large passage of time without local municipality enforcement of any zoning law. Hoskins, however, provided evidence to suggest that the additions to his pole barn resulted in $10,300 in costs. The Court recognized these expenses, but it ultimately determined that the total amount was insufficient to establish the “substantial change” necessary to overcome the township’s zoning authority.

The holding in Lyon v. Petty is instructive to property owners in two critical ways. First, it is important to be in compliance with zoning ordinances when the intended land use is commenced. This would appear to go without saying; however, obtaining the appropriate permit initially bodes well for claiming immunity from zoning law amendments that would otherwise prohibit the intended use. This may allow you to fall within the grandfathering exemption.

Second, it is important to maintain proof of any and all expenses incurred while developing your property toward its intended use. This may come in the form of ledgers, billing records, receipts, emails, letters, and other forms of tangible evidence. A “prejudice” defense is increasingly viable relative to the amount of money spent toward making improvements to real property.