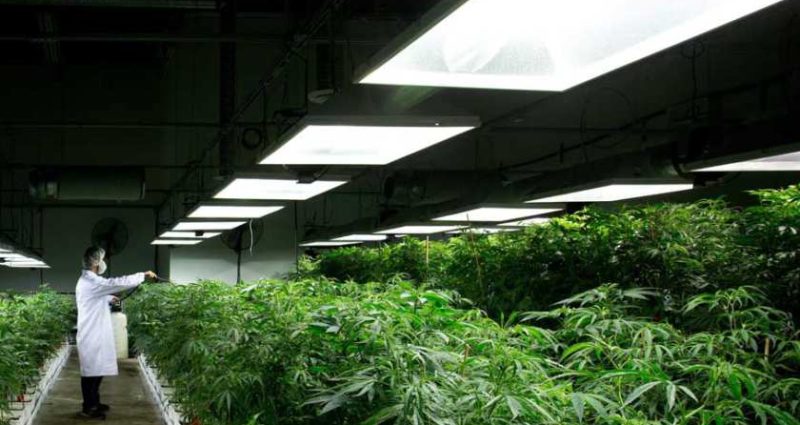 In September 2016, Michigan Governor Rick Snyder signed three Medical Marijuana laws (Acts 281, 282, and 283), providing for lawful operation and licensing of medical marijuana facilities in Michigan. The permitted facilities will be licensed and highly regulated by the State (governed by Acts 281 and 283) under the purview of the State’s Licensing and Regulatory Administration (“LARA”)—the same entity that oversees liquor control in Michigan.

Michigan’s medical marijuana market is projected to be somewhere around $837 million in annual sales. Over the past year, we have had a number of prospective license applicants contact our firm for assistance with this new law. This article is intended to provide an overview for individuals who want to take advantage of this new market opportunity by getting into the medical marijuana business.

Step One: Choosing a License Type

The first step for anyone considering applying for a license is to determine which type of medical marijuana facility he or she wants to operate. The new law establishes the following five categories of licenses:

The Act does not prohibit an individual from applying for all or any of the first three license types, but an applicant for a secure transporter or safety compliance facility cannot have a license or own part of a licensed group for any of the other four licenses.

Selecting a license type is the easy part. Now the real work begins.

Under the new law, a medical marijuana facility may only be operated in a municipality (village, city, or township) that has expressly authorized operation of that facility. In fact, before a person can even apply for a license from the state, the local government of the proposed facility location must adopt an ordinance expressly permitting operation of the medical marijuana facility. This is a major hurdle, and developing a dialog with local officials should be at the top of the list for any hopeful license holder.

The first order of business is to gauge whether the municipality is even open to the idea of allowing medical marijuana facilities to operate within its jurisdiction. In some cases, the local community will be dogmatically opposed to the idea, making it a waste of time to try to persuade them otherwise. In other cases, a municipality is a ready and willing to open its doors to marijuana facilities. In the vast majority of cases, however, the the local officials will need a bit of convincing before they sign-off on the process of adopting an ordinance.

Once you find a municipality that is amenable to the idea of permitting one or more marijuana facility types to operate within its boundaries, the next step is to guide the local officials through the process. There is limited information available to townships regarding the legal requirements, and there are very few examples of other ordinances that they can be used as a model. As such, the most effective approach is to make things as easy as possible on the local officials. This includes educating them on the law, making a persuasive case about the benefits of adopting an ordinance, and then ultimately drafting a proposed ordinance for the municipality to review and adopt.

Under the Act, municipalities have the power to allow one or more facility types, select the number of each license type that will be allowed, and adopt zoning and other ordinances that place more regulations on the facilities permitted in their jurisdiction. This latter authority includes the ability to enact zoning, nuisance, lighting, noise, and setbacks from schools and other areas. Needless to say, it is essential to develop a good relationship with those in charge to help positively influence all of these decisions.

Local governments have absolute veto power to determine if any medical marijuana facilities will locate in their jurisdiction, how many of each, and the general conditions applicable to such facilities. But in the end, local government officials will not have control over which applicant, if any, receives a license to operate a facility in their jurisdiction. The individual licensing decisions will be made at the state level.

Step Three: Receiving a License from the State

Once you have identified a facility location in a municipality that has adopted the required ordinance, the final procedural step is to prepare and submit an application to the State of Michigan for one or more licenses and license types. LARA, through a five person Medical Marijuana Licensing Board (the “Board”), will determine which license applicants will be granted a license. This will include many requirements, and there will be rules promulgated by the Board to implement the law. The best likely comparison is Michigan Liquor Control Code and the Michigan Liquor Control Commission.

Under the new law, the Board is authorized to begin accepting applications for licenses starting December 15, 2017. Although the official application is still not available at this point, the following is a list of items will be required as part of all applications:

In addition to these items, the Board will also take into account the following considerations in reviewing each application:

All licenses must be renewed annually. But this appears to be a mere formality, as the Board will be required to renew the license if the license holder properly and timely submits the renewal application, pays the assessment, and meets the Act’s requirements and any other renewal obligations set forth in the administrative rules (which have yet to been created).

The major challenge comes from the first-time license applications. Indeed, a successful applicant will not merely have to meet the criteria set forth above, but will also need to make a persuasive case to the Board as to why he or she should be awarded a license. While the official number of available licenses has not been announced, there will undoubtedly be a finite quantity of each license type up for grabs. As a result, an applicant will face intense competition from other candidates vying for the same limited pool of licenses. Therefore, an applicant will need to prepare the best proposal possible in order to convince the Board to grant him or her a license. Among other things, this requires a well-crafted business plan, sound financial backing, and (if possible) support from individuals with experience in the marijuana industry.

There are still many unknowns surrounding the new medical marijuana facilities law, including but not limited to when the Board will actually begin reviewing applications and issuing licenses. This past month, I attended an open meeting of the Board held in Lansing on behalf of a client. I came away feeling discouraged about the prospects of timely implementation of the new law. The consensus opinion among most observers seems to be that licenses will not be issued until sometime well into 2018.

But that is no reason for you to delay. As described above, there is much that needs to be accomplished before someone should even begin preparing an application to the Board for a license. We would encourage any person interested in trying their hand in the medical marijuana business to immediately begin the task of reaching out to local officials and guiding them through the process of enacting the requisite ordinance.

For assistance with this process or if you have questions about operating a marijuana facility or applying for a license, please feel free to contact one of the attorneys at Dingeman & Dancer with knowledge about the new law and the steps you will need to take to secure a license.