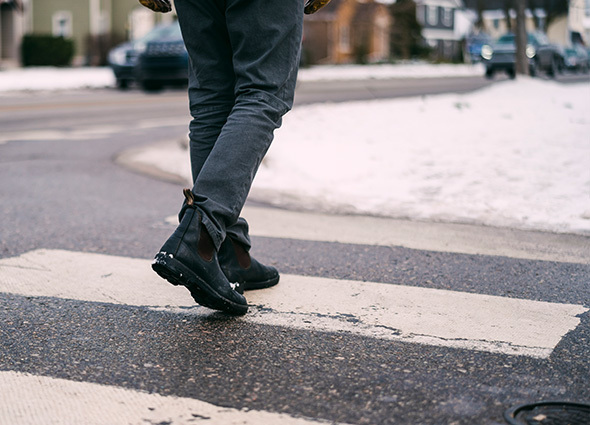 Slip and Fall Accidents in Michigan: Do I Have a Case?

During the summer, Michigan shines with beautiful waterways, gorgeous beaches, and warm days. In the winter, however, our parking lots and sidewalks fill with ice and snow.

If you slipped and fell on public or commercial property, one of your first thoughts might be about litigation. After all, falls can cause physical injury and have a negative financial impact.

However, just because you slipped and fell, even in an icy parking lot, you might not have an open-and-shut case. Legally, there’s a higher standard for liability when a slip and fall happens on commercial or public property, which makes it harder to get to civil trial or receive an out-of-court settlement.

The Criteria Each Case Has to Meet in Order to Proceed

An injured party’s status as an invitee, licensee, or trespasser on a premise determines the care owed by a premise possessor.

An invitee is owed the highest duty. An invitee is someone who has been invited to enter a premise, such as a business/public invitee (i.e., someone who is injured while shopping on a commercial premise). A premise possessor has a duty to maintain the premise in a reasonably safe condition; warn invitees of known dangers, created dangers, and/or dangers the possessor should have known about – unless the dangers are open and obvious; and inspect the premise to discover possible dangerous conditions that a reasonable person would have discovered under the circumstances.

How the ‘Open and Obvious Doctrine’ Might Hurt Your Case

The open and obvious hazard doctrine is a commonly used defense to bar an injured person’s recovery. According to the doctrine, a premise possessor’s duty to an invitee does not extend to a condition that is so obvious that a reasonable person would be expected to discover it. To briefly summarize, this doctrine asks if the cause of your slip/trip and fall was open and obvious enough that an average person should have been able to identify and avoid the source of the slip/trip.

In Court, patches of ice or even spills in a grocery store are often deemed “obvious” enough that an average person should notice them as they constitute typical hazards. Even black ice has been considered open and obvious where it should be expected due to wintery weather conditions (i.e., freezing temperatures, snow on the ground, freezing rain, or light snow).

This doctrine is often the main factor that hinders settlement discussions and gets cases thrown out.

A counterargument to this doctrine is if the “obvious” hazard had special aspects or was unavoidable.

Importantly, the doctrine is inapplicable where a landlord breaches a statutory duty, such as where a landlord fails to maintain a common areas sidewalk so that it is safe to walk on or repair a broken stairway.

Are Slip and Fall Cases Hard to Win?

Because so many factors go into a slip/trip and fall case, you might have a hard time getting a settlement from an insurance company or going to trial.

However, that doesn’t mean that you should automatically abandon your case. With the right slip/trip and fall attorneys, you will have a better chance of petitioning for damages and getting a settlement or getting a positive result if your case goes to trial.

Beyond helping you with your case, the right attorneys will also be able to make sure your settlement is fair for the physical, emotional, and financial injury you suffered because of the fall.

How Many Slip and Fall Cases Go to Trial

Only about five percent of slip/trip and fall cases see trial, including commercial, public, and private cases, and in some jurisdictions across the country it is even as low as 2%. The rest are thrown out or settled out of Court through the respective insurance companies. Settlements are good because they’re a financial award you receive sooner than you would than by going to trial. However, the awards are typically much larger if your case is proven in Court.

That’s why it’s important for you and your attorney to consider these questions to help make sure your case is trial-ready:

Find a Slip and Fall Lawyer Near Me

Have you or a loved one been injured in a slip and fall accident? If you believe you have a case, contact our team. Our experienced personal injury attorneys are ready to help secure the compensation you deserve. When you call us, you get us. Request a consultation online or call 800-626-0050 to get started.